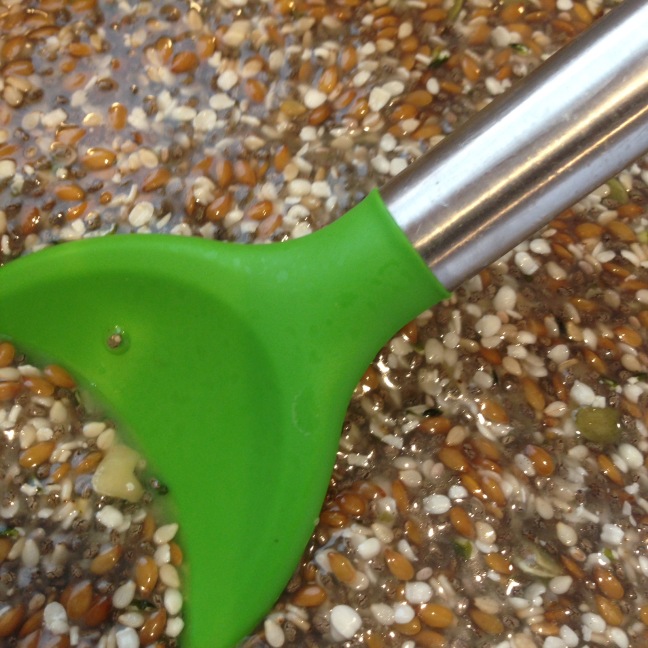 I have lately added some new oils to my life, one a particularly brain-healthy one called PC, or phosphatidylcholine. My doctor told me to be particularly careful about brand here, and not to substitute cheaper versions for the PC oils made by Body Bio, Xymogen, or Nutrasal. Rather than using something cheaper, the doc said to take as much as I could afford of a good brand.

PC oil is a highly refined replacement for something you body naturally produces. It has similarities to, but is NOT the same as, lethicin and unlike the waxy candle-tasting beads of my fab ’70s childhood  when my grandmother took that stuff with everything — and shoved it into me too if I didn’t disappear fast enough — PC oil is water-soluble, and apparently very hard to make.

As you may have guessed from all that, it’s gawd-awful expensive.

The PK Protocol was invented by Patricia Kane, a doctor who founded the Body Bio company (based in New Jersey–here’s a UK source). Dr. Kane specializes in the study of lipids, and  believes that targeting essential fatty acid deficiencies can help mediate neurological disorders such as ALS, fibromialgia, Parkinson’s and MS. The PC oil is important to the protocol because this fatty acid, abundant in youth is a crucial part of the cell membrane, forming up to 90% of a healthy cell’s outer layer. PC is depleted by aging, and seriously depleted in the case of debilitating diseases such as ALS. In elderly people, the PC component of the cell membrane might have decreased to only 10%. The PC oil on its own has benefits for cognition, motor skills, and general neurological health. Supplementation seems to be effective.

The Protocol consists of extensive blood tests, IV infusions, and other treatments.

To be clear, I am not doing that –just adding the PC oil in the form of a new smoothie to my routine. I have been tested for other deficiencies in the past, and find that my glutathione levels, often an indicator of a neurological disease, are actually three times normal levels, thanks to supplementation with glutathione precursors (you can’t really take glutathione effectively in a pure form, but you can take other supplements that help your body produce glutathione)  and the ketogenic diet.)

I have been saving a lot of money by making my own supplements and buying biotin in bulk, so I got the $180 dollar bottle of PC from Amazon. I take one tablespoon almost every day, so the bottle should last for at least two months. I’m not following the whole protocol, just a small part of it in making the drink described below.

The PC, along with some other brain-friendly ingredients, such as a balanced blend of fatty acids,  some coconut or nut milk, and some protein powder, with your preferred flavors (berries, cocoa, whatever good thing you like) are mixed up into a smoothie along with something called seed cream.

The seed cream is made up of various fatty seeds you may already have on hand: flax, chia, hemp hearts, pumpkin seeds, sesame seeds – – – in any combination, soaked overnight in non-chlorinated water, then ground to a fine cream and put into ice cube trays to portion.

Two of these cubes go into the smoothie. Mine are about 1/2 tablespoon per cube — two are a heaping tablespoon.

As is my empirical way, I tasted the PC oil by itself, as it’s the consistency and color of used motor oil and looks kind of gross, but really doesn’t taste like much. It vanishes into a smoothie that looks like a malted shake (no, malt, no gluten, of course–the color comes from the seeds).

The seed cream, on the other hand, is 100% yum of essential fatty goodness.

So doing this shake in addition to bulletproof coffee  every day would make food pretty much optional, so I do a mash-up of the good fats from each, along with some coffee, cocoa, and collagen gelatin and now make a nutty flavored mix to get the day started. Some days I have my usual bulletproof recipe, others the PK one, most days, I do a mash-up of the two. That seed cream is now a welcome addition to both. And the PC oil, which is the main ingredient, but not as satisfying as this cream.

The seed cream pictured here is:

All, soaked in distilled water to cover overnight, and then blended up with a teaspoon of a balanced electrolye concentrate. I also add a pinch of sea salt/Himalayan salt, mixedhalf and half, which is my “table” salt, for some trace minerals. As 1/4 cup of seeds = 4 tablespoons, you can decrease the recipe depending upon how many ice cube trays and how much freezer space you have.

You don’t have to have all of these seeds, but it tastes good with equal quantities, and I find the flax and sesame give it the great flavor. Alternatively, you can spread the cream in a rectangular dish, about one inch thick, freeze, and cut into cubes. Store in a freezer bag.