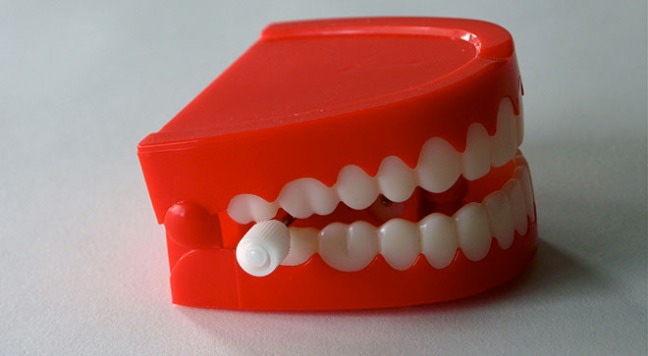 In this post, I’d like to talk a bit more about mouth care. I’ve already mentioned my frequent cleaning schedule and the reasoning behind it in a previous post. Now, I’d like to say more about my daily routine. It starts with oil-pulling.

Oil-pulling. It was all over the web for a while, with some folks touting its miraculous healing properties and others slamming the practice as a fad. Oil-pulling is now considered a pretty sound practice, even on conservative medical-advice sites. My dentist’s office recommends it.

I lived in India for a while as a teenager, and there, oil-pulling is not considered faddish at all. It’s an ancient practice in Ayurvedic medicine, and regarded as an effective form of oral hygiene. Since I was a minor while in India (exchange student) my host family took a protective stance when I got sick. I usually went to see three major experts in town, Ayurvedic, homeopathic, and allopathic (i.e. Western medicine), which is exactly how this family treated their own children. Little did I know then, this would be my first experience of holistic health care.

I didn’t do oil-pulling in India, nor did the other kids in my host family, but the older folks who did didn’t make a song-and-dance out of the practice. In fact, I think they used the same high-quality oil they cooked with to clean their teeth. That means clean, unused, cold-pressed oil.

This is no time for recycling. That oil has an important task to do.

I’m now an on-and-off practitioner of oil-pulling, mostly because I can’t do much else while I’m doing it, except perhaps, read. Other people say then can multitask: do chores, run the treadmill, take a shower, all kinds of things, but well, for me, I need to sit still.

So, the rationale behind oil-pulling is this: the biofilm that sticks to your teeth and eventually becomes plaque is made up of a host of bacterial, single-cell, microorganisms with lipid cell coatings. They are attracted to oil; they are not so much to water. The swishing of the oil will “pull” the biofilm, and make it easier to remove.

As a side note: if your biofilm has gone beyond the sticky-film stage and is actually plaque, do yourself a favor and get your teeth cleaned before you start pulling. Once the plaque is calcified, your dentist can get rid of it better than you can. If things have gotten out of hand, swishing with warm salt water a three times a day one full week before your cleaning can make your dreaded dentist visit less dire; your gums calm down a bit so the hygienist won’t have to work so hard, and you won’t bleed so much.

Your teeth will feel so shiny and smooth after cleaning, you’ll be motivated to keep them that way.

Now to the oil-pulling.

It’s a wise practice to build up to 20 minutes of pulling gradually. Don’t swallow the oil!  It is full of bacteria, which is the reason you are pulling in the first place. Also more than 20 minutes may be counter-productive, as the oil can’t take on any more of the nasty stuff, so time to quilt.

My oil-pulling routine is  fussy because I have an extremely strong gag-reflex. Despite the advice of most sites that have you take up to a tablespoon of oil at at a time, I say, I can’t. I’d last about 3 seconds on that much before I had to spit it out. So, here’s what I do:

At the end you wind up with a waste glass a third full of white (hopefully, depending on how stained your teeth might be) foamy emulsion that should go into a trash can. Oil is hell on drains, and can even clog a toilet over time.

A large part of my gagging problem is owning to year-round allergies, and a persistent post-nasal drip that is also part of the allergies, so I think that’s why my oil-pull gets bulked up so fast. While I’m pulling, my eyes water, my nose runs. I cough like an old man.The good news? No more sniffling, coughing, and nose-blowing for the rest of the day. The oil-pulling creates the perfect storm for getting all that stuff out. There’s a lot of sniffling and more nose-blowing  in the 20 minutes after the pull, then done. No more coughing during the day.

For TMI’s sake, it’s a lot nicer for all this, er, drainage, to happen when I’m expecting it than having it start while I’m trying to get to those pesky back teeth with the toothbrush. However, I CAN brush more carefully back there if I pull first, as the gagging is much reduced.

I don’t swallow saliva after pulling until I get the chance to rinse out my mouth with water and brush. I find that my salivary glands are full-on for a couple minutes after I stop, so I just keep spitting until I get to my toothbrush.

Then, I do a three-minute cycle on the gum-care setting of an ultrasonic brush, a traditional floss, and liquid floss with some natural mouthwash.

Not only do I feel confident about my breath and smile all day, but the coconut oil also helps out with chapped lips in winter!